Detailed rules will be updated as necessary. We will keep you informed about any progress. (Latest version as of Oct. 10, 2018)
Lending robot information has been released. See the lending robot list for details. Teams can apply for their choices in their entry sheet.

This contest is aimed at configuring robot systems in agile and lean manners
so that the configured systems can assemble some model products
containing several technical components required in assembling industrial products
and other goods as quickly and accurately as possible. 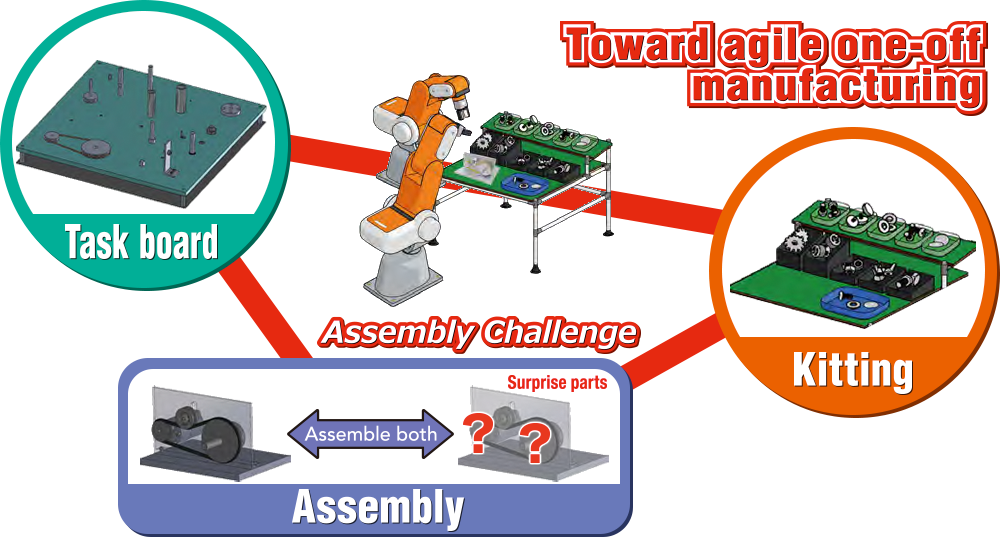 In the 2018 competition, the teams have to assemble a Belt Drive Unit, which is an even more complex model product than the Gear Unit used in the 2017 Trial Task (conducted at the IROS 2017 2nd Robotic Grasping and Manipulation Competition).

To achieve our goal of "agile one-oﬀ manufacturing," the teams are required to assemble not only the parts that are announced in advance but also some "surprise parts," which will be announced just before the competition.

Details of each task are shown below.

This is a competition of elemental technologies required for the Belt Drive Unit assembly. In this task, parts laid out on a placement mat should be assembled in the designated locations on the task board.

Technical challenges in Task board are as follows: 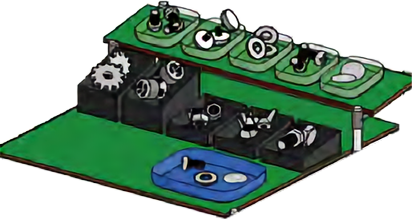 This is a competition of kitting, which is regarded as a preparation task for the Belt Drive Unit assembly. In this task, the necessary parts should be picked from the part bin and be laid in a part-kitting tray.

Technical challenges in Kitting are as follows: 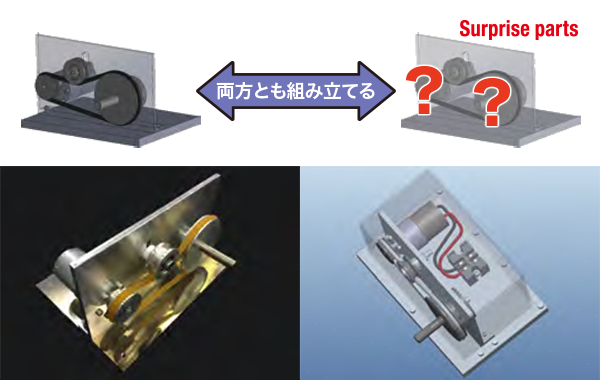 This is a competition of the Belt Drive Unit assembly and system reconﬁguration. In this task, the Belt Drive Unit should be assembled using the parts laid out in the part-kitting tray kitted and prepared in advance. Moreover, system reconﬁguration should be done in agile and lean manners to assemble new parts with diﬀerent speciﬁcations from those announced in advance (surprise parts) as a new production demand.

Technical challenges in Assembly are as follows:

The following industrial robots on the lending robot list will be provided to some participating teams by the sponsors.